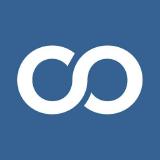 Why now is the best time to use GNOME

Why now is the best time to use GNOME

The GNOME desktop environment has been through many changes since its initial release in March 1999. For most of this time, the open source project has issued updates twice a year, which gives users predictability in when they can expect new features to land on their Linux and other Unix-like desktops. Its latest release, GNOME 3.36, came out in March, and the project is preparing to issue its next iteration in September. To learn about what's new in GNOME, I spoke with Emmanuele Bassi.